April 2008 - Celestial Church of Christ. .The name of the group comes from the Bible: Deuteronomy 26:15 "Look down from thy Holy habitation, from heaven, and bless thy people Celestial and the land which thou hast given us, as thou didst swear to our father, a land flowing with milk and honey". The name signifies that they deem themselves as celestial or a representative of the heavenly on Earth..They place strong emphasis on contacting angelic forces through prayer and being on guard against demons or sorcerers. The archangels are given strong importance. Therefore prayers are started with an invocation to Jehova, Jesu Kristi, and Michael Mimo (God the Father, Jesus and Archangel Michael) Archangel Gabriel is said to heal and have jurisdiction of the West. Archangel Raphael is of the South and has force. Uriel is the least invoked and has the north axis though this may just be speculation. The level of importance given to invoking angels and avoiding demons is believed by some to be a Yoruba spiritualist aspect. Members give testimonials of past instances of witchcraft. The attendants at services are also to go barefoot. They believe objects can be blessed and that dreams or prophecies are important..Samuel Bilewu Joseph Oshoffa was a carpenter born in Dahomey, now called Benin, in 1909. A traumatic experience led to a spiritual awakening, which led him to found the church in 1947. By divine ordinance he is called Prophet and he is also called Reverend, Pastor, and Founder, as he was the supreme head of the church and was responsible for the church coming into being. As "The Pastor" he had ultimate and unchallengeable authority in doctrinal and disciplinary matters. This made his death in 1985, after a vehicular accident, problematic..The movement has continue to grow since Oschoffa's death, but has also suffered setbacks. The most immediate being difficulties related to the matter of succession. In 1998 the Church was refused recognition by the World Council of Ch 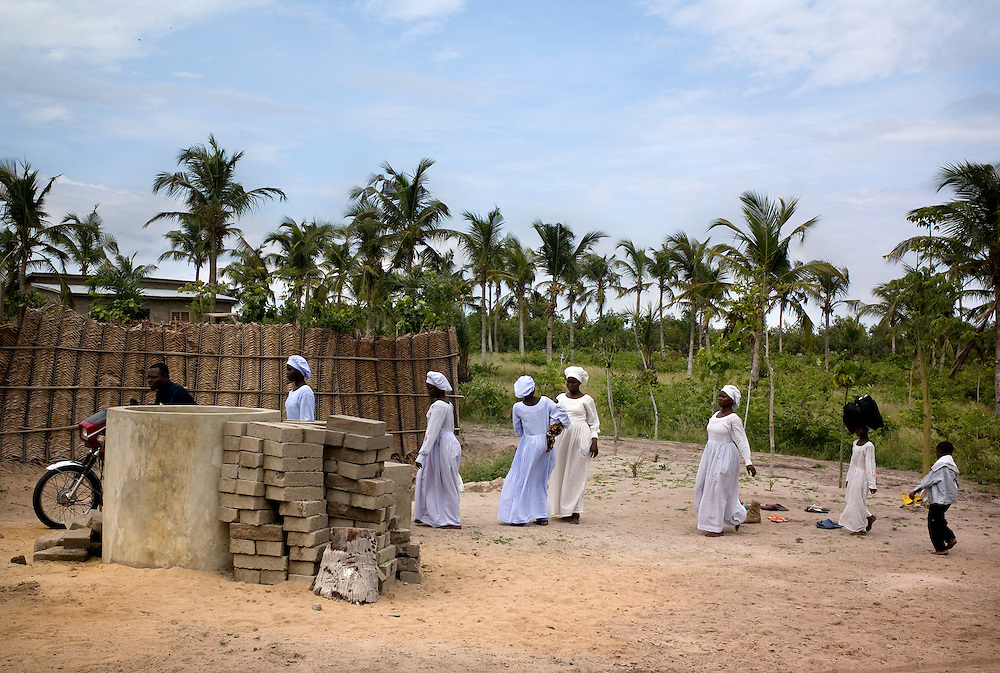