Ajarn Noo Kanpai or Sompong Kanphai or ganpai. Famous around the world for the tattoos he did on Angelina Jolie. But in Thailand he is more famous for the magic he performs on the tattoos. He is the grand master of the art and has many followers and students. In the past, he trained has a Buddhist monk for many years and travelled to many temples to increase his knowlage of Sak Yant. Ajarn Noo Kamphai (Ajarn' meaning 'teacher of magical chanting or spell caster)

Ajarn Noo does many blessing in a week. His life is very busy and demanding. His time is important to him for mediation and to continuing to increase his knowledge of the inner secrets of Sak Yant. There are several types of blessings he performs. A blessing with or without having a Sak Yant Tattoo. The next level is with a Sak Yant invisible oil tattoo which last about 5 minutes. This consist of oil being tattooed in to the skin and is made up of placements of dots in a pattern that represent the Sak Yant tattoo for which you want. Most ladies go for this as it does not show. He performs a magical spell / Yant / chant as he does the oil tattoo. When completed he performs a blessing for good luck and health.

The next level is for him to tattoo a full ink Sak Yant tattoo with the magic and blessing. This takes longer and needs to be done by appointment only. If you want this service be prepared to thing about the cost as this is the biggest Sam Nak, which means office /tattoo studio in the world. 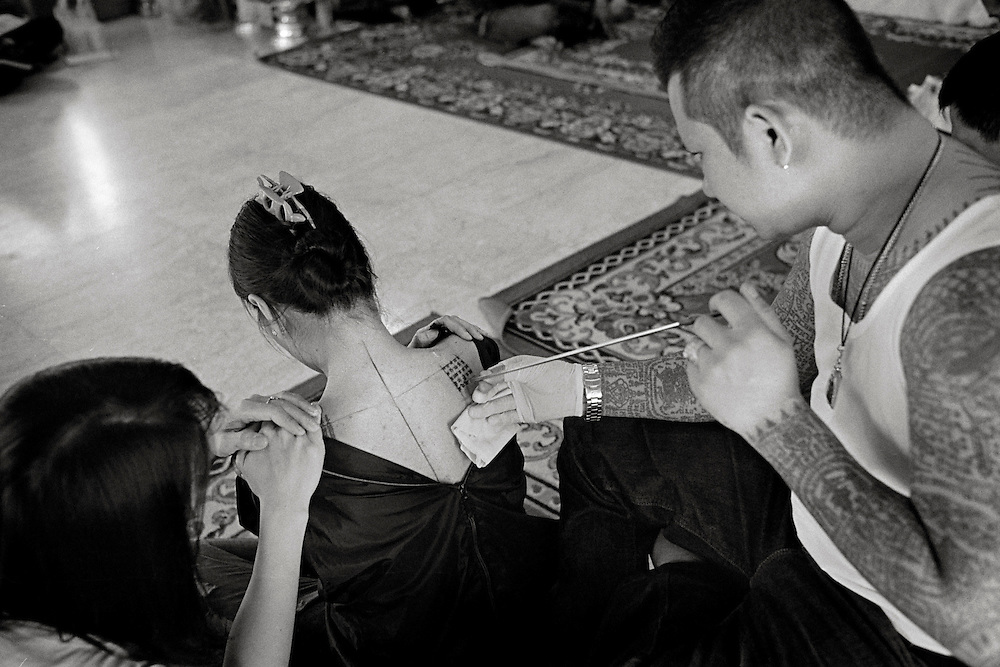