Thai culture is a rich mixture of many Asiatic religious traditions. It encompasses Hinduism, Brahmanism, Animism and Buddhism. Whilst being ingrained in Hindu culture, Yantra tattoos, known also in Thailand as "Sak Yant", incorporate many elements from these other belief systems. A further influence is taken from ancient Khmer Sanskrit texts, many of which are believed to possess magical powers. Yantra or Sak Yant tattooing is a widely practised form of sacred tattooing prevalent throughout Southeast Asia. Adepts are to be found mainly in Cambodia, Laos and Thailand, although there is a growing interest in Singapore among Chinese Buddhists. Sak Yant is usually performed by a "whicha" (magic) practitioner.

Today the best-known temple for Yant or Sak Yant tattooing is Wat Bang Phra. This temple has an unbroken tattooing tradition dating back to the Ankor period. The motifs and designs have evolved over the centuries, often as the result of visions received during sessions of intensive meditation.

Many Yant tattoos have been taken from images pertaining to pre-Buddhist Shamanism and its belief in multiple animal spirits. Most of these animalistic images come from the Southeast of the Asian sub-Continent and have subsequently been incorporated into Thai traditions and culture. The writing used in Yant designs is ancient Khmer 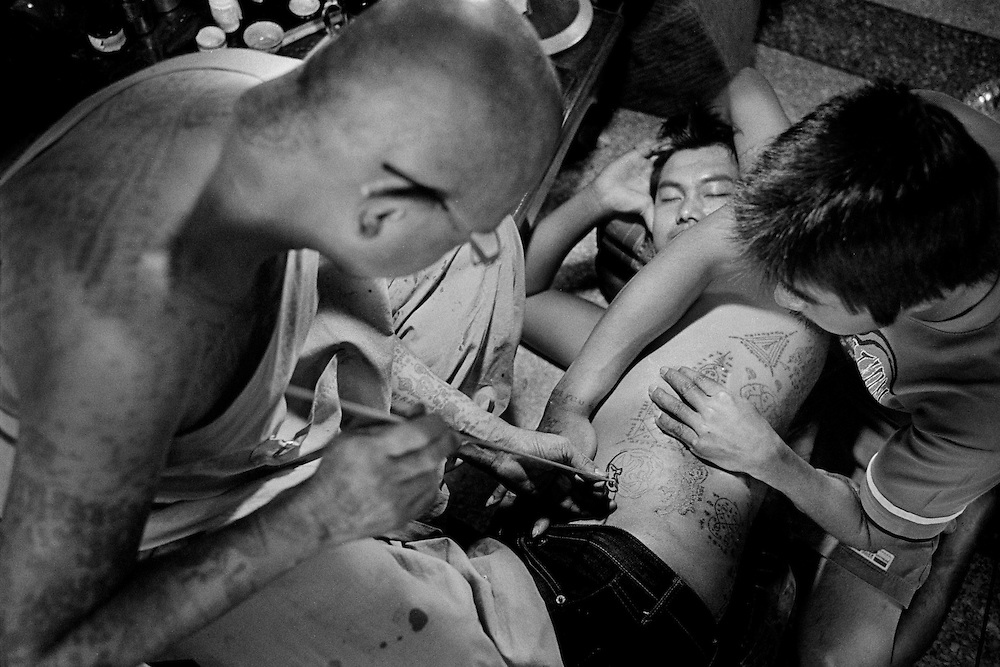