Tenerife / Los Cristianos June 7, 2006 - A fishing boat called "Cayucos" by the inhabitants of the island, with 85 would-be immigrants from West Africa intercepted by Spanish police off the coast of Tenerife in the Canary Islands are seen in an open wooden fishing vessel as they approach the port of Los Cristianos. They arrived on June, carrying 85 would-be immigrants, in the archipelago which has received more than 7,000 Africans so far this year, more than half to the tourist resort island of Tenerife. At least 1,000 more are believed to have died trying to make the sea crossing, mostly in small fishing boats 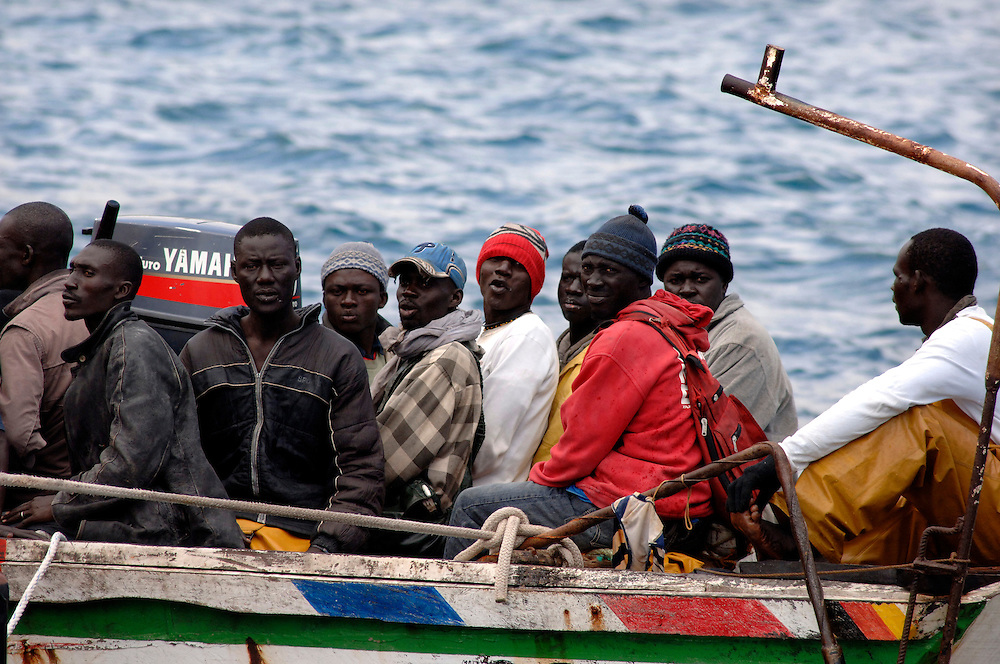